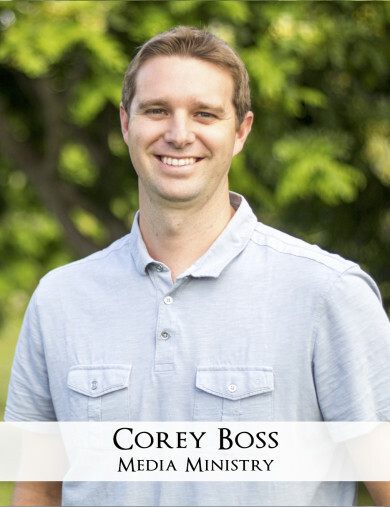 Born and raised on a ranch in Southern California, I asked Jesus Christ to be my Lord and Savior at age six and later rededicated my life to Christ during a summer camp at Hume Lake, California. My life has been a constant developing relationship with Jesus that has been spared of many tragedies of a life of sin before receiving Christ. As the years pass I am more and more convinced that my testimony without a radically sinful past points to God’s power and faithfulness. I became involved in worship at a young age and have been playing drums for over 18 years. In recent years the Lord has expanded my gifting as I learned to play guitar and lead worship for a variety of ministries.

I met my wife, Kristyn, in high school and attended Biola University with her for a year before moving to Elgin, Illinois to earn a Bachelor degree in Architecture from Judson University. Kristyn and I married the summer before my senior year and after graduation moved to Hawaii where I earned my Doctorate in Architecture at the University of Hawaii.

Nearly complete with all the exams to receive my architectural license, I began to hear the Lord’s calling on my life to full time ministry. I had a burning desire use my time and gifts for the furthering of God’s Kingdom on a daily basis. In a whirlwind of decisions, seeking the Lord’s direction, and a near move to Texas, Kristyn and I responded to the call into ministry as I came on as a full time staff member at Calvary Chapel Pearl Harbor. I currently serve as the Media Director and Sunday Night Worship Band Leader. Kristyn and I welcomed a beautiful baby girl, Adilyn, into our hearts in 2014.

"For every house is built by someone, but the builder of all things is God [Christ Jesus]."