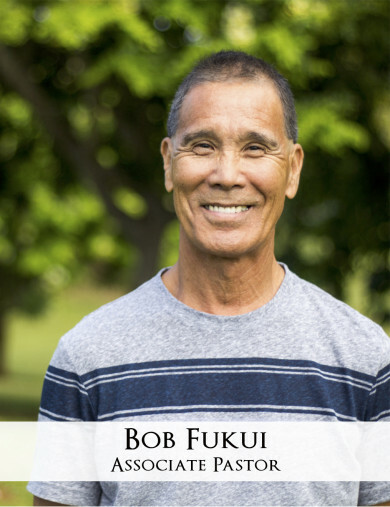 During the early to mid 70’s, Bob lived in Hollywood working in the music industry as a sound and recording technician. After an unsuccessful stint with the band he was working for and growing tired and unfulfilled in that lifestyle, he moved back to the San Gabriel Valley but continued the pattern of partying.

Looking to satisfy the void he was feeling in his life, Bob got married to Roberta Black in 1978. But marriage didn’t fill the emptiness he was feeling. Struggling in their marriage and looking for answers to their personal and marital problems, upon encouragement, attended a church service at Calvary Chapel Costa Mesa, where they gave their lives to Jesus Christ in June of 1979.

Living in West Covina, CA, Bob attended and served at Calvary Chapel West Covina under Pastor Raul Ries for 12 years. In 1986, at the age of 32, his wife Roberta of 8 years went home to be with the Lord.

Some of the ministries that Bob served in at Calvary Chapel West Covina were teaching the New Believers Bible Study (Foundations in the Faith), New Believers Counselor Coordinator, Sound Ministry, teaching in CC West Covina’s Bible School, running the Evangelism Ministry (Frontlines), and overseeing the Singles Ministry as well as serving on the Elders Board.

During his involvement at Calvary Chapel West Covina, Bob met Michele Raimo, who was actively involved in their Worship Ministry, and on April 4, 1987, Bob and Michele were married.

As CC West Covina was moving their church home to Diamond Bar, CA, Bob sensed God showing him his time at CC West Covina was done. In December of 1991, Bob and his family left California as God confirmed the call to plant a Calvary Chapel in Lexington, Kentucky where he served as Senior Pastor for 11 ½ years.

In 2002, the Lord impressed upon Bob’s heart that what the Lord called him to Lexington for ministry was finished. After seeking the Lord for one year in prayer, God brought confirmation concerning his time of ministry in Lexington and in December of 2003 opened the door for him and his family to move to Hawaii joining the staff as an Associate Pastor at Calvary Chapel Pearl Harbor with Senior Pastor Derald Skinner.